Lloyde England claims that his cab was hit by a lightpole that went into his cab, damaged the passenger seat and pushed it of it’s hinges, lodge in the back seat and was resting on the dashboard of his cab with the pole extending out over the hood.

The only items that can have speared his cab are the long lightpole or the short light support arm.

Q: Which piece did you take out of the window?

Lloyde::” The long piece. The part ..was from the ground .. (indistinct) off the ground. It went all the way through the car through the back seat, it was still sticking out across the hood. ”

He talks about the other driver who stopped.

“He helped me get the pole out. The pole happened to be bent, we pulled the pole out and the pole was bent and the bent part took me down to the ground, I fell down on my back but I held the pole up. ..”

Lloyde “We took the pole out and the bent part went to the bottom” (gestures)
Q: “So it slipped”
Lloyde:”Yeah”
Q: The bent part..
Lloyde:”Yeah, and it took me down.. “

It’s clear the the pole he is talking about was bent and that when the bent part went down , it was heavy enough to take him down to the ground.

The arm holding the light has no bend of any significance and is too short to be projecting over the hood and is not heavy enough to be likely to cause him to fall to the ground.

I don’t know why there is any dispute about this. It is clear that he is talking about the long pole with the bend in it. 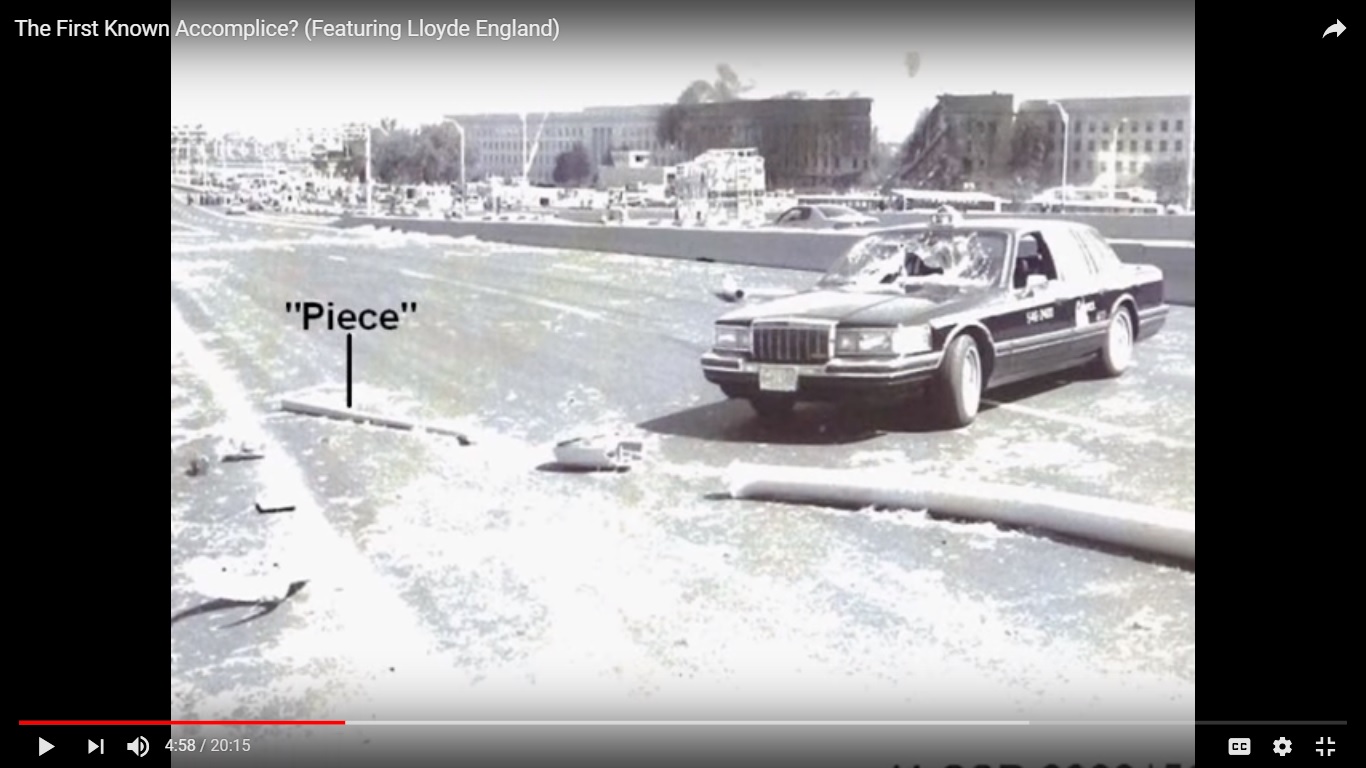